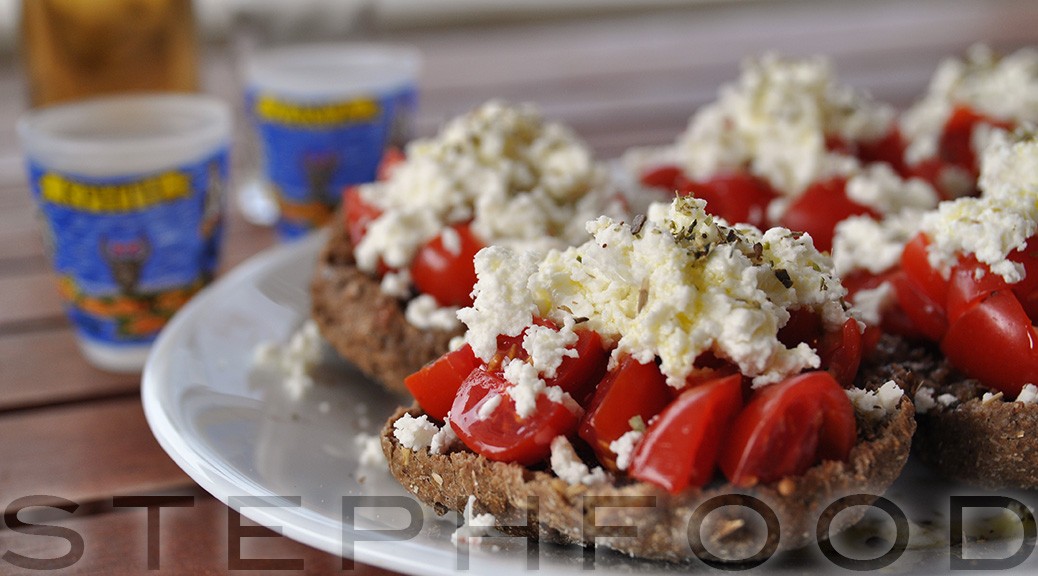 Greek food is about freshness and simplicity.

This is the lesson I took from the food tour we did with Athens Walks on our first full day in Athens. These words would ring in my ears throughout my trip, putting a lens on the foods we chose. Cretan Dakos seem to exemplify this rule. A simple dish, to be certain, but perfect. My new favourite thing! It may seem odd to connect a food tour in Athens with a dish that we ate in Crete, but they have an important connection. Of the many incredible dishes we ate, this one stands out because it was simply delicious.

Let me tell you that cost does not equate quality. One of the most expensive meals we had on the trip was one of the most disappointing – items were overcooked, over-sauced and over-garnished. Again, the “rule” rang in my ears – this was not what I should expect from Greek food.

Some people like to describe Dakos as “Greek bruschetta”, which gives you a sense of what kind of dish it is.  This is a dish that you can recreate pretty closely at home, with a few fresh ingredients. We’re on the brink of tomato season here in Ontario, so the timing of this post seems perfect!

The hardest thing to find will be the barley rusks – a crunchy, double-baked bread. While it won’t be exactly the same, you could toast up some day-old, thick-sliced crusty bread in the oven (or grill) so that you at least have a nice crunchy bread. I understand that barley rusks can be found at Greek bakeries in Toronto, so I’m hoping I’ll be able to find some! The other question mark is the Mizithra cheese. I haven’t seen it at my grocery store, but I’m pretty sure some cheese mongers carry it at St. Lawrence Market. It’s creamier and not as salty as feta – you could use crumbled feta or chèvre goat cheese as a substitute.

June 26 edit: I went to St. Lawrence Market to buy Mizithra, and almost ended up with the wrong cheese! I think the type they have here is the aged/dry style (see the Wikipedia page on Mizithra) where you use the fresh/sweet style for Dakos.  Luckily, I told the guy I was planning to make Dakos, and he said “but this is too salty” and had me try some Manouri instead. It seems to be close enough to the fresh Mizithra to use in Dakos (although I don’t recall having Mizithra and Manouri side-by-side for comparison). Still on the hunt for fresh Mizithra.

I’ve added an optional ingredient that we had on dakos while in Santorini (but did not see in Crete) – capers. Capers are grown all over the place in Santorini, and were a great addition.

P.S.  I highly recommend going on the food tour provided by  Athens Walks. It was fun, informative and incredibly delicious. It was the best way to start the trip!

2 thoughts on “Cretan Dakos – A Lesson in Greek Food”