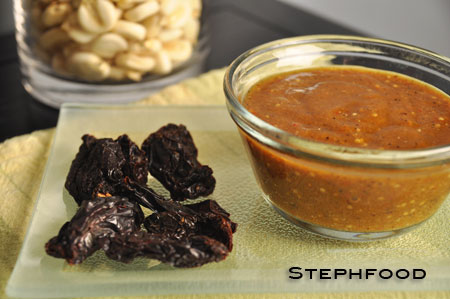 When I saw Roberto Santibañez’s “Truly Mexican” cookbook at the Frida and Diego exhibit at the AGO, it looked like something I would enjoy and learn from. This book focuses on some of the basics of Mexican cooking, with most of the book dedicated to perfecting variations on sauces.

END_OF_DOCUMENT_TOKEN_TO_BE_REPLACED 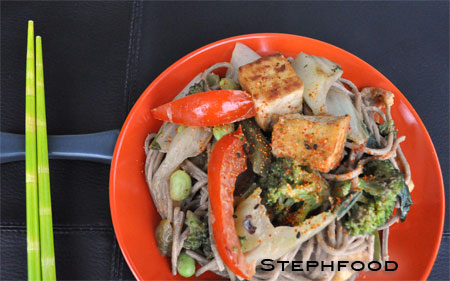 I’ve become addicted to getting eBooks from the library. One thing I never expected was to find cookbooks!! Yes, it’s true – you can borrow cookbook ebooks from the Toronto Public Library.

The first dish I made is a delicious combo of soba noodles and almond butter sauce. So easy and so tasty!
END_OF_DOCUMENT_TOKEN_TO_BE_REPLACED 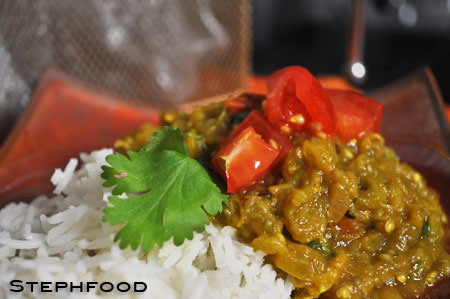 It can be really tricky to recreate the things you love from restaurants. If you’re super talented, you might just wing it and make up a recipe. Then there are people like me who just keep trying new recipes, like a sucker, and getting frustrated when it doesn’t turn out right.

Indian eggplant dishes have given me the most frustration.

END_OF_DOCUMENT_TOKEN_TO_BE_REPLACED Deep South Spiced Rice & Beans (p.137, Classic Vegetarian Recipes) – Being “mostly vegetarian”, I try to find recipes that include legumes of some kind. This sounded like a good dish to try, as it incorporates beans and some fresh veggies. It’s a good one for the spring, because it isn’t heavy and saucey.

This is another dish I found in one of my old, dusty cookbooks. It’s a pretty good one, but really not that much unlike things I make on my own. I actually substituted black beans for the suggested kidney beans, because that’s what I had on hand.

I love the colourful peppers in this dish. I think it’s true that the more colour in a dish, the more you want to eat it. I know I eat some things that look pretty rough – some stews and things that have a mushy brown thing going on – but I do love to add colour with veggies and herbs.

What does this dish have that I don’t usually add? Cajun spice. Until recently, I didn’t really think about Cajun spice. Then I had to make some in a pinch because the jar I thought I had was gone… Then I came across dish after dish calling for the vague “Cajun spice” (come ON people, just tell us what spices to use!). Now armed with “my own blend” and some in my spice drawer, I am prepared for such recipes.