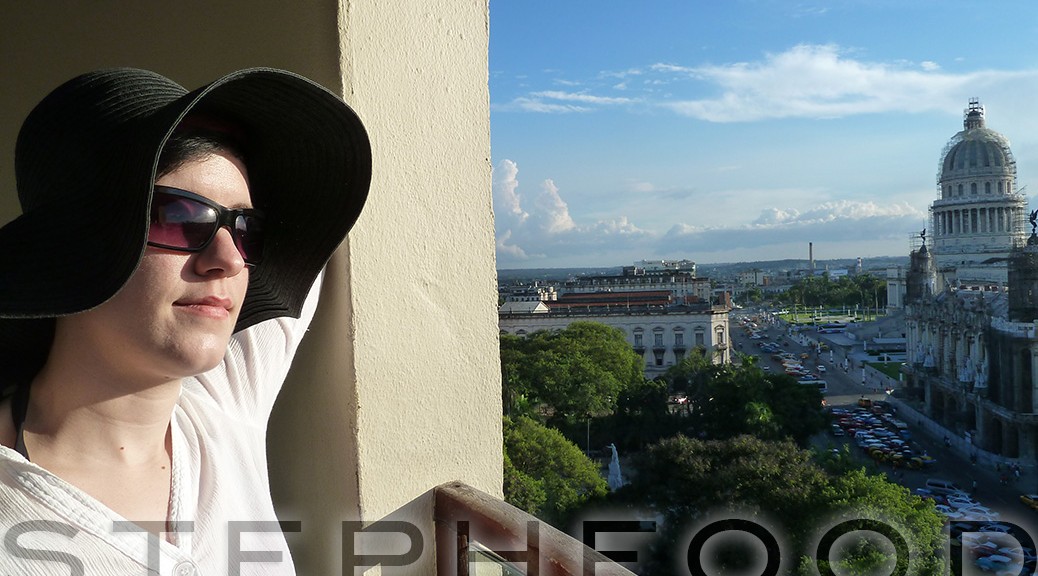 Don’t you love those experiences that pull you out of your regular life, and make you feel as though you are on another planet?

I had a few of those in Havana. It’s more than what that the travel shows tell you… lively and warm people juxtaposed with decaying buildings that must have been beyond belief in their heyday. They are beyond belief still, with an eerie beauty that tells you that you are not in Kansas anymore. Not that I’ve ever been to Kansas.

The food? Also an adventure. Like anywhere, it’s a challenge to weed out the touristy trash from real food. In Cuba, it seems also hard to find some real Cuban food. They aren’t as good at promoting their cuisine as they are their beaches, but they should try. Cuban food can be incredible.

Our top experience was a “paladar” (a privately run restauarant, as opposed to the government run ones) called La Guarida. I had read good things about the food and made a reservation. Fearing that the rumours of “bland food in Havana” were true, I wanted to make sure I booked a place that would at least be an experience, in case the food was underwhelming. I shouldn’t have worried. The building was surreal; walking in and up the flights of marble-covered stairs in the dim light. Eyeing headless statues and commentary on the walls, we made our way up to the third floor.

The small restaurant was packed with people. Couples, families, tour groups. We got a romantic table on the small balcony.

The food was perfect. We both went for fresh seafood mains, with a couple of staple Cuban sides (Moros y Cristianos and Yuca con mojo), and a couple of mojitos to wash it down. Perfect. J even said that he would have had food envy looking at my dish, if I didn’t look so darned happy.

My second favourite meal in Havana was much more low-key, but still incredibly satisfying. After being unimpressed by a recommendation, we walked towards our hotel and tried to find something for lunch along the way. We saw a small restaurant, Cafe Prado 12,  in with a neat vibe and a very friendly waiter (possibly the owner?). We got a plate of grilled meats and fish for two, with rice, malanga and veggies. The mojitos there vary in strength – your choice – but not in price. Nice!

We’ll talk about the rum a little later. That’s probably it’s own post.

My third favourite meal of the trip was shockingly on a resort in Varadero – although not-so-shockingly at the Cuban restaurant. The best food on the resort was Cuban food, go figure. We decided to take the waiter’s recommendations (which were the opposite of what we might have chosen), and were glad we did. My dish was a large portion of chicken, with perfectly crispy skin, topped with sour orange sauce.

This is the dish I think I’ll try to make at home.

Recipe to follow, if I am successful this weekend.