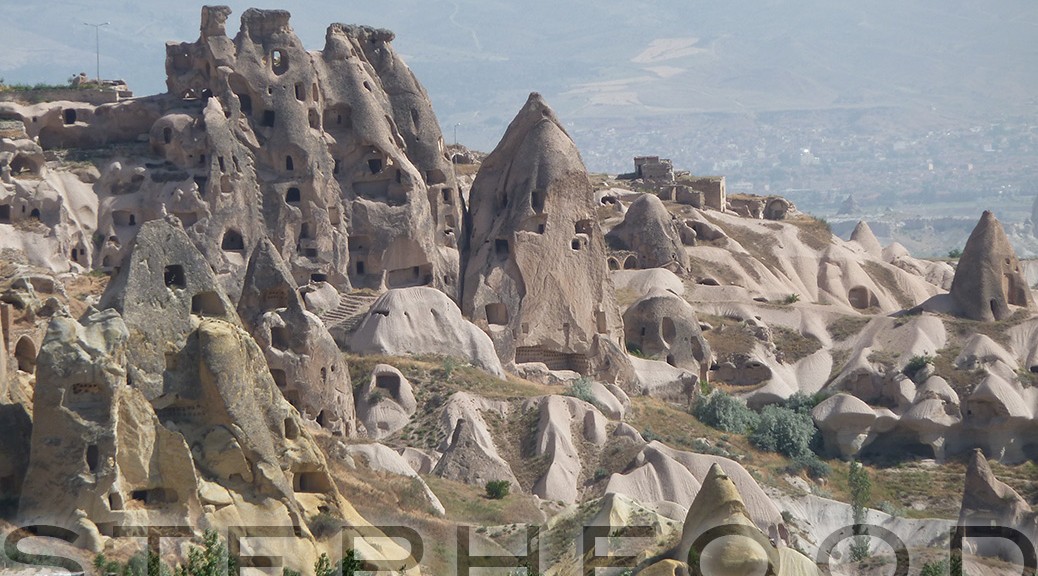 For the second installment of my Turkish Food Log, I’m exploring the world of cheeses, and finding a connection back home. While we were in Turkey, we got to try many different kinds of cheeses – generally in styles a little different than “the usual” selection in Canada. In general, the cheeses tended to be saltier, with textures that varied from stretchy (like a Mozzarella) to soft and crumbly (like a soft Feta). There were even some cheeses that tasted a little bit bluey, like Gorgonzola. Pretty Cheesy – but not quite what I meant. (photo taken in Cappadocia, Turkey)

Breakfast was the best time to find a great assortment of cheeses, and the selection varied from place to place. Each location offered a variety of cheeses, and I was excited to try them all. Most of the time, they weren’t labelled – so I have no idea what kinds I tried for most of the trip. Luckily, there were signs at the buffet in Ankara, so I made sure to get some pics. Notice the English translation – mostly “Cow Cheese” and “Sheep Cheese”, whereas the Turkish offered the real names of the cheeses, so I was able to look some up when I got home. One of my favourite cheeses was Çeçil Peyniri – a very stringy, salty cheese that was dry on the outside. This was a strong and different cheese, and I ate as much of it as I could. At the time, I wrote that it tasted a little bit like Parmesan. We didn’t see it everywhere — I think I mostly ate it in the last half of the trip, in Cappodocia and Ankara. On my trip to Akram’s last week, I found that they carried lots of different Middle Eastern style cheeses, including one that reminded me of the Çeçil peyniri.

Tressé is a cheese made in the same style as an Armenian cheese, called Mshallaleh. It is also sometimes referred to as “Angel Hair Cheese”. It’s like a very salty and stringy Mozzarella, and the one I bought was spiked with Kalonji (Nigella) seeds. The Kalonji have an almost oniony taste to them, so it’s pretty interesting in the cheese.

It may not be a Turkish cheese, but it definitely has the spirit, and the taste reminded me of my trip. Yet another reminder that there’s so much food out there for me to explore…

I definitely need to go back to Akram’s to get more, and to try some of the other fun cheeses there. One thought on “Cheese with the Hair of an Angel : Turkish Food Log Pt. 2”