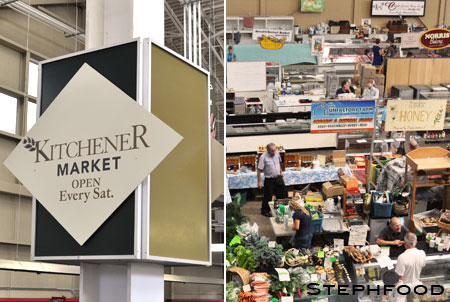 I remember waking up while it was still dark out, and being bundled up in the back of a van to go to “the market”.

My Opi (a colloquialism based on the German word for Grandpa, Opa) and Mr. Little would be in the front, sometimes talking but most often quiet. I would have a goodie bag in my clutches, full of treats (ahem – SUGAR) to keep me alive for the trip.

We were on our way to the Kitchener Farmers’ Market.

END_OF_DOCUMENT_TOKEN_TO_BE_REPLACED 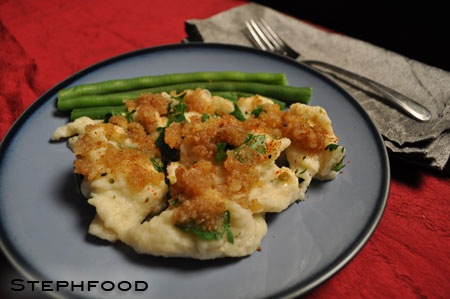 I carefully reviewed the instructions…

Puppy poop? Sadly, I tried to envision what that could mean, having never closely examined it before. I asked J if puppy poop was like how people refer to baby poop.

This was going to be an interesting recipe.

I grew up eating spätzle, prepared by my Oma and Opa and by my dad. I never really thought about it, I knew it was a German dish and just accepted that it was what it was. It wasn’t until I started thinking about recipes that I thought to look up spätzle, and I found that there are many regional variations on the dish. The way my family makes it seems to be the less popular version, but it always reminds me of my childhood.

Every time I’ve gotten spätzle at a restaurant, it looked very different to the version I was used to. It was more of a squiggly chubby noodle shape, instead of the near-dumpling shape I always enjoyed. This page on the German Food Guide offers some insight to the dish, some of the different ways people shape it, some different recipes, and other neat facts about how it’s made. There’s even a way to make it with beer! (I might need to try that next)

We usually had it topped with a simple butter and breadcrumb sauce, but my dad would sometimes experiment with other kinds of sauces or other ingredients in the batter. I vaguely remember having carrot spätzle at least once…

Back to the puppy poop (just when you got it out of your head)… I wanted to post a family recipe, rather than finding inspiration on other sites or in cookbooks. I emailed my dad for the recipe, knowing that he didn’t have it written down. He wrote it the way he thinks, and as I read it I could picture him mixing together the ingredients the way he’s done since I was a kid. And I laughed out loud at the comparison of the batter consistency to puppy poop.

I may have ruined the effect by putting some structure to it, but I thought it might be easier to follow with some measurements and instructions.